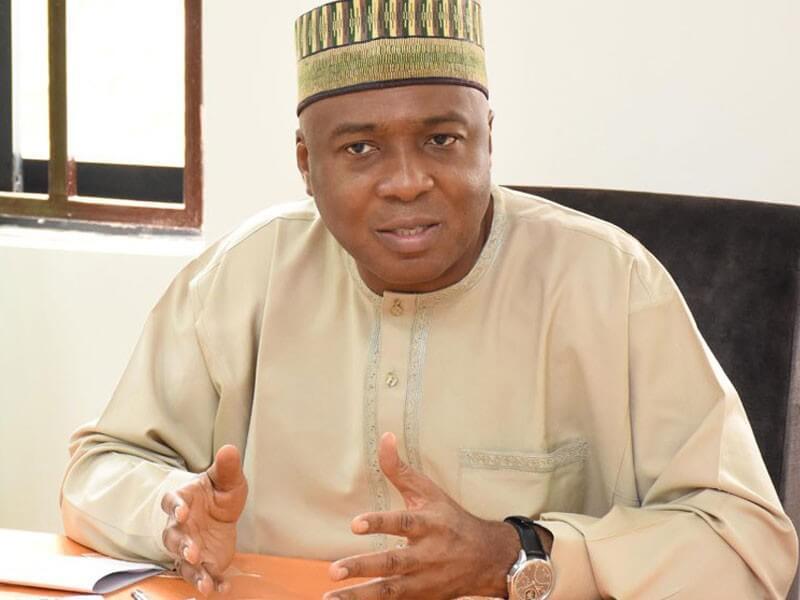 The immediate past Senate President, Dr. Bukola Saraki has confirmed the payment of his severance allowance. Saraki’s aide, Yusuph Olaniyonu confirmed this on Twitter on Monday. He tweeted, “This is to confirm that Ex-SP, Bukola Saraki has been paid his severance allowance.” He also revealed that Saraki was paid the sum of N3,752,727.00, adding that the former Senate President was working to see that his aides are paid. Olaniyonu further confirmed Saraki’s earlier promise to share the money between the families of the three victims of the insurgency in the North East zone being perpetrated by Boko Haram and the children of late Senators in need of financial assistance. Olaniyonu added, “He got a total of N3,752,727.00. He has been working to ensure that his aides get theirs. And as you know, he had promised, to donate whatever the money is to three families that were announced.”
Senate President, Ahmad Lawan, Speaker of the House of Representatives, Femi Gbajabiamila and the Clerk to the National Assembly (CNA), Mohammed Sani-Omolori, were recently asked to resolve the payment of severance allowances of legislative aides of the 8th National Assembly (NASS). A similar problem is brewing as legislative aides of the 9th NASS under the aegis of Progressives Aides Caucus recently petitioned Lawan over unpaid allowances.

Tension In NASS Over Severance Allowance