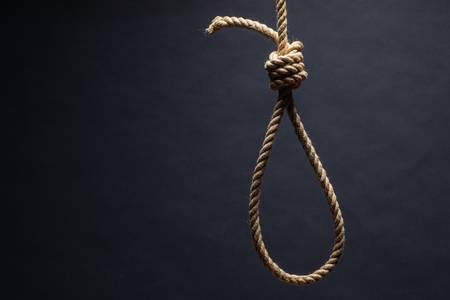 Two persons have been sentenced to death by hanging by Osun State High Court sitting in Ikirun for killing a 400-Level student of Osun State University, Ipetu-Ijesa campus.

The convicts are Elijah Oyebode (25), Yusuf Ajibade (28) and Jelili Raji (aka Ifa) (35). They were arraigned in Court on 14th November, 2017. They were charged with three counts of conspiracy to commit murder, murder and accessory after the fact of murder which is contrary to Sections 324, 316 and Punishable under Section 319 and S, 322 of the Criminal Code Cap.3 Laws of Osun state, 2002 respectively. Prosecution Counsel from Ministry of Justice, Barrister Kareem Adekilekun who appeared along with Kemi Oyolola ESQ early told the Court that “On the 22nd December, 2016 Miss Rofiat Damilola Adebisi, a 400-Level student of Osun State University, Ipetu-Ijesa Campus boarded a Golf Car with Registration number, Lagos FKJ 636 DL driven by Mr. Elijah Oyebode.” However, On the 23rd of December, 2016 the body of Rofiat Damilola Adebisi was later found by the roadside along Egbeda/Iragbiji Road. Yusuf Ajibade was arrested through the deceased’s PHONE (IPHONE 5) which he sold to Quadri on the instruction of Elijah Oyebode.

Elijah Oyebode in his confession said Jelili Raji, asked him to supply him a maid and gave him a charm to touch any lady he intended to bring for him and the lady will not argue with him, Elijah did that by handing over Rofiat Adebisi a 400-Level student of UNIOSUN to him at his shrine and paid him the sum of N10,000 only. Elijah confessed that he used the charm to touch Rofiat while she was trying to put her luggages in the car boot. Adeyeye Simon Police Officer attached to the Homicide Section of the State Criminal Investigation Department gave evidence that Elijah Oyebode was a commercial driver that was plying the route of Akure-Owena Road, Elijah Oyebode and Yusuf Ajibade took the (deceased) Rofiat Damilola Adebisi to Jelili Raji house’s after Elijah have had sex with the deceased. He also claimed that the lady died at Jelili Raji house while Elijah Oyebode dumped the body of Rofiat Adebisi (Deceased) along Egbeda /Iragbiji road. Another witness Olatomiwa Alade, a Officer with Department of State Security Service, said that a data report was obtained from DSS Headquarters Abuja while the deceased’s phone was traced to Kolapo Quadiri who alleged that he bought the phone from Yusuf Ajibade, who acquired the phone from Elijah Oyebode. Barrister Adekilekun also told the Court that the confessional statement of all the accused has shown to be true and has also been corroborated by the evidence of Adeyeye Simon, a Police Officer.

During the trial, prosecution counsel had called five witnesses and tendered several exhibit before the Court while convicts testified by themselves. Justice Falola said prosecution counsel has proof his case beyond a reasonable doubt and found Elijah Oyebode and Jelili Raji guilty of murder and conspiracy. Counsel to convicts lawyer Suleiman Bello pleaded with Court to temper Justice with mercy. Justice Falola thereby sentenced them to death by hanging. While Yusuf Ajibade was acquitted from two-count charge of murder and conspiracy, he was convicted on third for receiving stolen property and sentenced to two years imprisonment.

Child rapists who tortured girl, 8, sentenced to death by hanging
Leave a comment...
All news