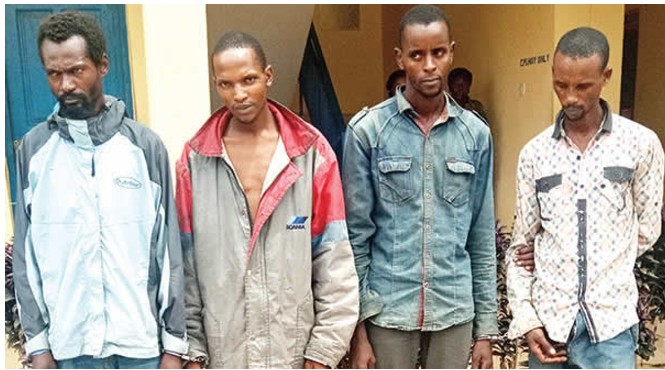 The police in Osun state have arrested one of the suspected abductors of Professor Olayinka Adegbehingbe, an orthopaedic surgeon at the Obafemi Awolowo University, Ile-Ife.  Adegbehingbe was returning to Ile-Ife from Lagos on Sunday, May 5th, when he was abducted by suspected Fulani herdsmen and was released after his family paid N5.45m ransom.
The state commissioner of police, Abidoun Ige, who paraded the suspect, Usman Ladan, before newsmen at the state command headquarters yesterday, said Professor Adegbehingbe was the one who identified the suspect as one of his abductors. The police chief added that one of the alleged abductors was arrested while wandering aimlessly in Ikire, two others were arrested in the Iwo area for other crimes. The suspects are Samaila Gede from Katsina State, Kemu Rejuli from Niger Republic, and Jubril Momhammed from Katsina State, who were said to have been apprehended with assorted charms. The commissioner added that the suspects will be charged to court as soon as investigations have been concluded.