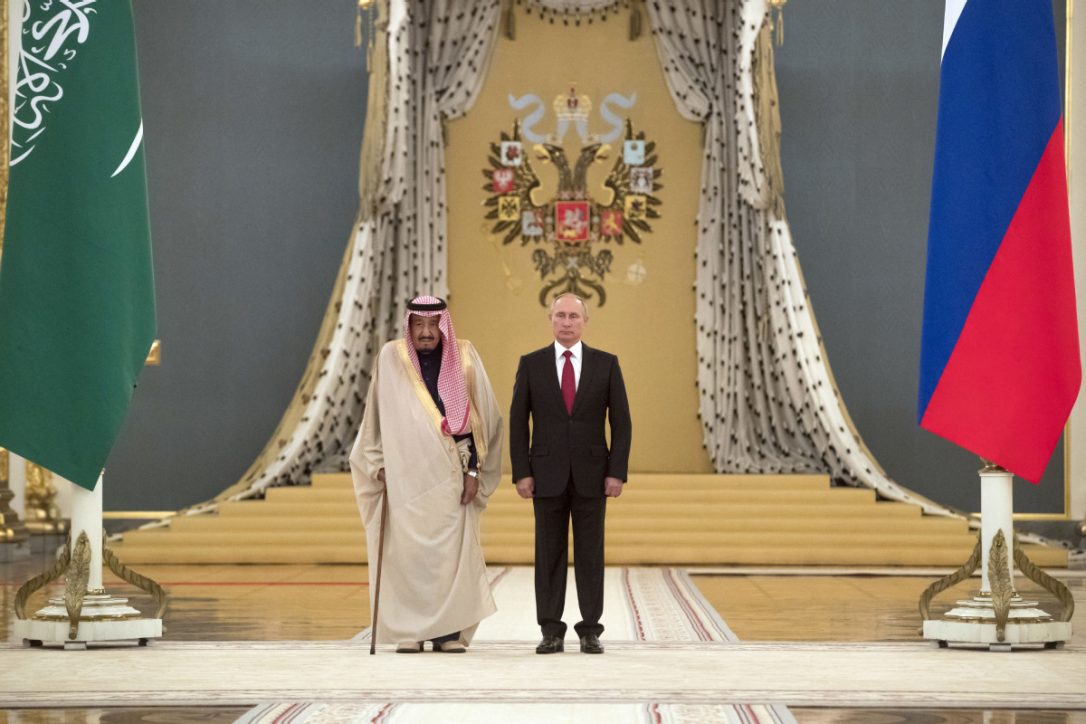 - Saudi King pays historic visit to Russia, agrees to buy weapons worth $110bn from Putin.
- Discusses Iran with Russian President Putin.
- This is the first visit by a Saudi Arabian Monarch to Russia.
After paying a historic visit to Russia on Thursday, King Salman of Saudi Arabia rapidly improved relations between both countries and also agreed an arms deal with Russia worth about $110bn.
"This is the first visit by a Saudi Arabian monarch in the history of our relations and that in itself is a landmark event," Putin said as he welcomed the Saudi leader in an ornate gilded Kremlin hall.
"I'm sure your visit will boost the ties between our countries," he said.
"We aim to strengthen our relations in the interests of peace and security, in the interests of developing the world economy," the Saudi king responded.
Addressing regional affairs, King Salman told Putin that Iran must stop meddling in Middle Eastern conflicts.
"We emphasise that the security and stability of the Gulf region and the Middle East is an urgent necessity for achieving stability and security in Yemen," the king said.
"This would demand that Iran give up interference with the internal affairs of the region, to give up actions destabilising the situation in this region."

Indonesian man pays alimony worth $10,000 to ex-wife in coins