Nigerian Jailed 22 Years for Having Links with Al Qaeda 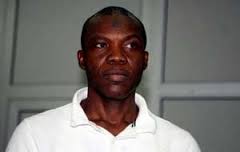 The Nigerian is a 35 year old man.  And his sentencing on Wednesday was declared by John Gleeson, the US District Judge in Brooklyn, New York. This was after the accused person had pleaded guilty to the charges leveled against him, for providing support materials to al Qaeda, the foreign terrorist group in the Arabian Peninsula. His first appearance in court was in April 2014. If the wish of the prosecutor had come to pass, the Nigerian would have been sentenced to 30 years in prison.

The Nigerian had been arrested several times in Nigeria on local terrorism charges. He was later extradited from Nigerian in 2013. A lawyer was appointed for him in court, but the lawyer was not available to speak with newsmen on Wednesday afternoon after the judgment was passed. The Nigerian was said to have traveled to Yemen from Nigeria on two occasions from January 2010 to August 2011 to have meetings with al Qaeda. He changed his name to Ayatollah Mustapha and he was working on the media operations of the group. He was also working on the magazine floated by the group titled “inspire”.

According to the prosecutor, the Nigerian along with Minh Quang Pham, a Vietnamese’s were responsible for writing and editing contents for the magazine. The editor for “Inspire” was a US citizen, Samir Khan. He and the Nigerian became very close. The two of them actually appeared in the magazine wearing camouflage and clutching riffles. The idea of composing rap song for al Qaeda media publicity was brought up by Pham and Khan and Babafemi took up the work of writing the lyrics for the song.  Babafemi was saddled with the responsibility of recruiting English speakers from Nigeria and he was given about $9000. The success or failure of such recruitment was however not made known to the court by the prosecutor.  It is however common knowledge that some Nigerians aside the sentenced Babafemi were involved also with the international terrorist group.

Both Khan and Awalaki were citizens of the United States of America and the two of them were feared killed during an air strike by drones operated by the United States Army, which occurred 2011 in Yemen. Pham on the other hand had been extradited to the United States. There are indications that he would be made to face trials by March of 2015.  Nigerians reacting to the news felt the judgment is the perfect one for the Nigerian. Some other reactions feel death sentence would have been more suiting.

Man jailed for 12 years for attempted rape of minor

Nanny, 73 who force-fed baby to death jailed 15 years
Leave a comment...
All news