ASUU give details of 8-hour meeting with govt officials 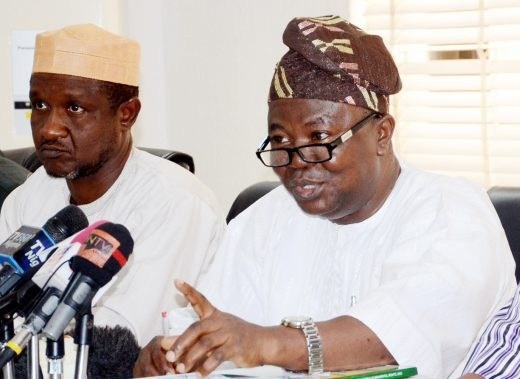 The Academic Staff Union of Universities (ASUU) says it has reached concrete proposals with the Nigerian government on the ongoing strike. Biodun Ogunyemi, ASUU President said this in Abuja while addressing newsmen Tuesday night. He spoke at the end of a meeting at the Ministry of Labour and Employment. NAN reports that the meeting which began by 3 p.m, ended at about 11 p.m.

ASUU commenced the warning strike on March 9, 2020 over issues of revitalization of universities, earned academic allowance. Others are visitation panel, mainstreaming and most importantly Integrated Payroll and Personnel Information System (IPPIS) always and other issues relating to university funding. Ogunyemi said the ASUU leadership will meet members to take a decision. Those of us here cannot give the final pronouncements on any of the proposals and we have assured the government that we will report faithfully to our principals and get back to government accordingly. We want to assure all Nigerians that we are concern on going back to our work like every other person, because we know that is where we find happiness, we are not happy outside our classrooms, our laboratories and our libraries”, he said.
Chris Ngige, Minister of Labour and Employment, confirmed both parties had fruitful deliberations on contentious issues, especially the issue of IPPIS. He said, “We made new proposal on behalf of FG to ASUU. These issues range from funding, revitalization of public universities, earned academic allowances, salary shortfalls in Federal University of Akure and the issue of state universities. We also addressed payment of earned academic allowances to University of Ilorin. On the Nigerian University Pension Commission, certificate was issued last year but operational certificate had not been issued because we do not have a permanent PENCOM board in place. We have made proposal on how NUPENCO board will be able to fulfill its obligation, especially in terms of preparation of annual audit reports. Issue of visitation panel to the universities has been on the table since last year. The Government side made progress and that approval has been gotten, and we are waiting for the gazette of the membership of the visitation panel.

Police give details of killing of 6 persons in rivers

Fayemi discloses details of Buhari’s meeting with governors
Leave a comment...
All news