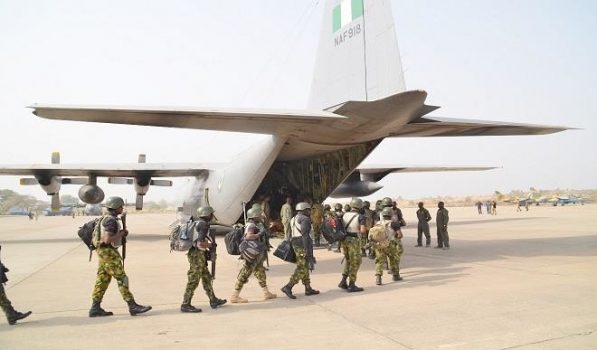 The Nigerian Air Force (NAF) says that it has conducted airstrikes targeting and destroying an operational base run by bandits at Walawa, Yadi and Kuduru Hills areas of Kaduna State.

NAF Director of Public Relations and Information Air Commodore Ibikunle Daramola, who made the disclosure on Wednesday, said the Force in a joint special operation alongside the Nigeria Police Force and other security agencies, carried out the operations Tuesday following intelligence reports that the bandits were operating in the area. Daramola said in a statement: The Nigerian Air Force (NAF), in a special operation conducted in coordination with the Nigeria Police Force and other security agencies, has smoked out armed bandits from their camps at Walawa, Yadi and Kuduru Hills areas of Kaduna State, neutralizing several of them and destroying some of their logistics supplies in the process. This was achieved in a joint air and ground operation executed yesterday, 17 March 2020, after credible intelligence reports and days of Intelligence, Surveillance and Reconnaissance missions revealed that the bandits, after driving away the original inhabitants of the area, had continued to operate from the locations with impunity. Accordingly, the NAF detailed its attack aircraft to conduct series of air raids at the bandits’ camps resulting in the destruction of some of the logistics facilities and structures housing the armed bandits as well as the neutralization of several of them. The airstrikes also paved the way for ground forces to conduct mop-up operations, supported by NAF combat helicopters. In all, no fewer than 5 commanders of Ansaru and a dozen armed bandits were neutralized in the operation. The NAF, working in consonance with other security agencies, will sustain its operations to flush the armed bandits out of the Northwest zone of the country.”