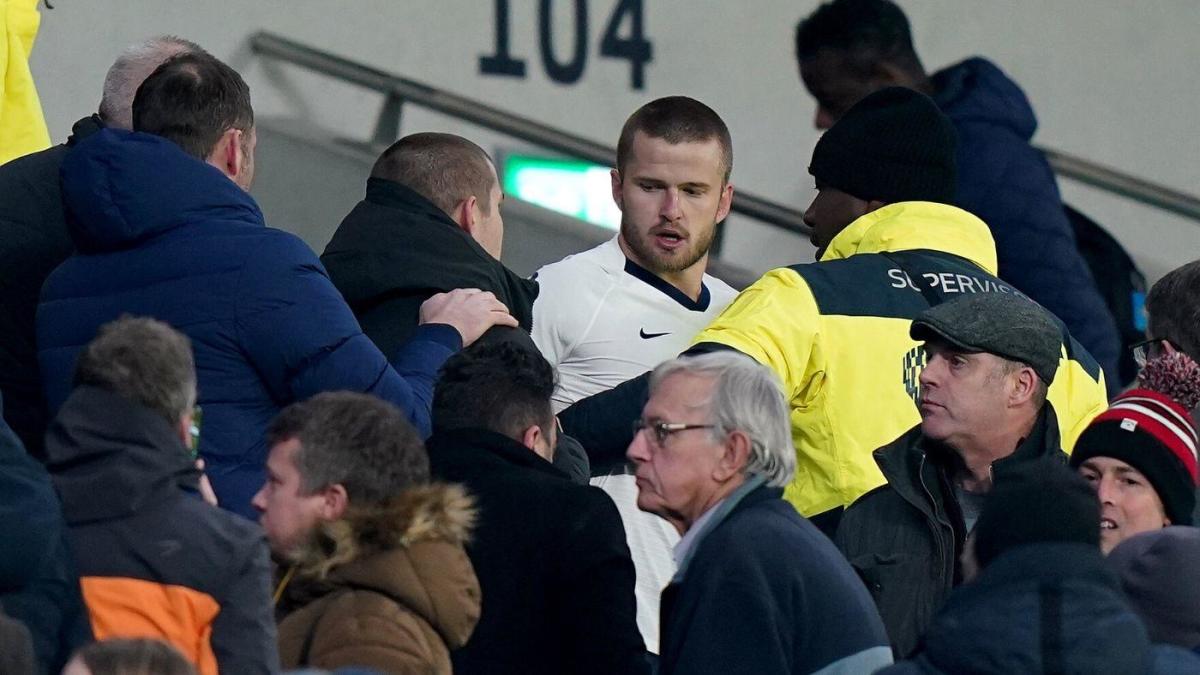 Tottenham Hotspur Manager, Jose Mourinho, has claimed that Eric Dier clashed with fans following their defeat to Norwich on Wednesday, because they insulted his brother. Shortly after the game, pictures and clips went viral of Dier among fans in the stadium having a heated argument, with security guards trying to resolve the situation. Although, Mourinho says he does not approve of his player’s reaction, he admitted that it is a natural thing to do. This person insulted Eric, this family was there. The young brother was not happy with the situation and then Eric, I repeat did what we professionals cannot do, but did something that probably we would do. If the club discipline Eric Dier I would not agree with it, but what he did was wrong,” he said at his post-match conference. The FA have requested observations from Tottenham and club stewards, and they will study CCTV footage, before deciding if to discipline Dier.

Eric Dier just came into the stand and had a fight with fan next to me 😱 pic.twitter.com/nMGVcDWegX

FUTA viral video : Victim gives real reason on why she was assaulted
Leave a comment...
All news