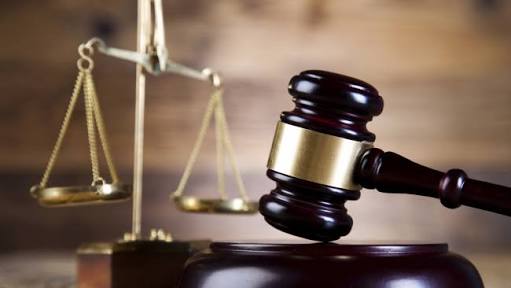 The police on Tuesday arraigned a domestic help, Pascal Uchechukwu, in a Magistrates’ Court in Life Camp, Abuja, for alledgely stealing a priest’s phones and dollars.
Uchechukwu, of no fixed address is standing trial on a two-count charge of house breaking and theft.

The Prosecution counsel, Peter Ejike, told the court that one Rev. Father, Emmanuel Ameh of Spiritan Provincialate Catholic Church,  Katampe, Abuja reported the matter at the Gwarinpa Police Station on Dec. 24. Ejike alleged that  on the same date  during mass at the church, the defendant who usually cleaned the Reverend Father’s house criminally trespassed and broke into his house through the ceiling. The prosecutor in addition said the defendant then proceeded into the priest’s bedroom and stole two mobile phones, a Samsung Galaxy A20 valued at N55,000, an Infinix S series valued at N35,000. He said Uchechukwu also took a cash sum of N12,000,  200 dollars and absconded to an unknown destination. According to Ejike, it was during police investigation that one of the phones was tracked to one Abubakar Shuaibu, who facilitated the arrest of the defendant on Jan. 16, at Mararaba, Nasarawa State. He alleged that the Samsung Galaxy phone was also recovered from the defendant and he confessed to the crime. The offence, he said, contravened the provisions of sections 355 and 288 of the Penal Code. The defendant who denied committing the offence however, admitted taking just the phone  found in his possession when he was arrested. He equally denied knowing anything about the other missing items. His counsel, Cynthia Nnamdi applied for his bail in the most liberal terms. The Magistrate Chinyere Nwecheonwu, granted him bail in the sum of N1 million and a surety in like sum. She further directed that the surety must be a civil servant on grade level 8 and above, who  must reside within the court jurisdiction. Nwecheonuwu also adjourned the matter untill March 5, for hearing.(NAN)

Evangelist Beaten For Stealing Phones While Preaching In Ibadan

Policemen On Domestic Errands To Be Arrested

NNPC to grow domestic gas use by 2022
Leave a comment...
All news