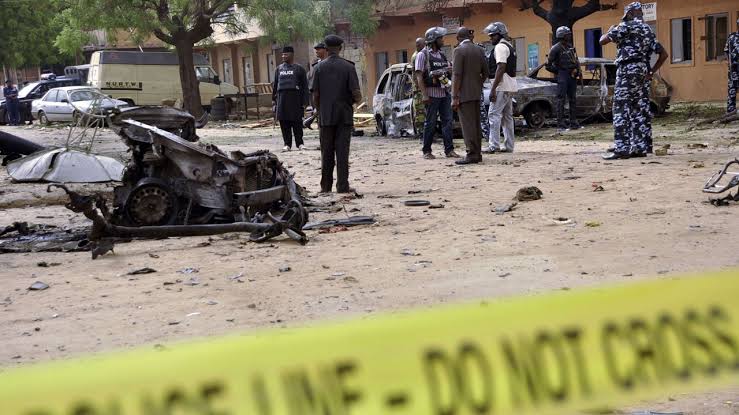 Two female bombers have detonated explosives in a crowded area in Maiduguri, killing no fewer than two persons. Five others were also injured. The two bombers were targeting a populated area of Muna Galti on the outskirts of Maiduguri on Thursday night but hurriedly detonated the explosives after sighting some security operatives.

Borno police command Public Relations Officer (PRO), Edet Okon in a statement said five other persons were injured in the blast. At about 7.45pm, two female suicide bombers who attempted to infiltrate a crowd at Muna Galti, Jere Local Governmenr Area, on sighting security operatives, hurriedly detonated their improvised explosive devices killing themselves and two other people,” he said. He said the injured persons were taken to the University of Maiduguri Teaching Hospital (UMTH) for treatment treatment. He also disclosed that the scene of the blast had been cordoned off by the Police Explosives Ordinance Department (EOD). The bomb explosion was the first this year in the city, the birthplace of Boko Haram

Two female bombers die at a military mammy market in Maiduguri
Leave a comment...
All news