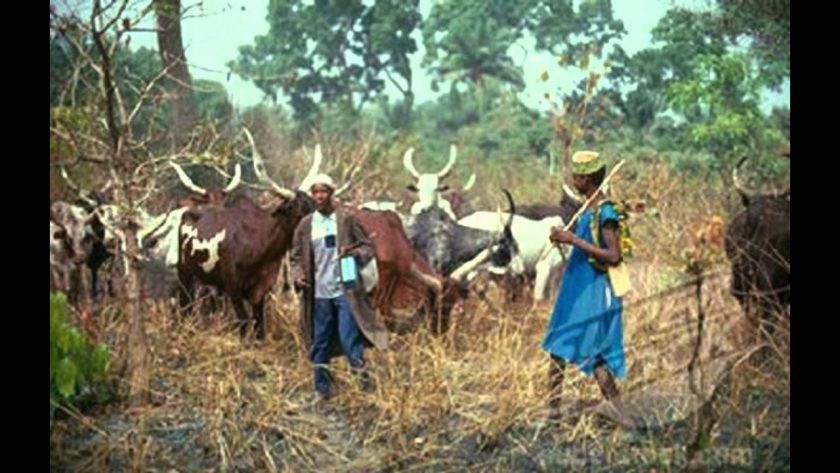 Members of Ebenebe community of Awka North Local Government Area have clashed with cattle herdsmen in the area over the alleged destruction of their crops by livestock tended by Fulani herdsmen.
A source said members of the community had mobilized to fight back after herdsmen moved their livestock to destroy crops in farms, while also threatening members of the community with attack. It was gathered that heads of security agencies in the state, traditional rulers, heads of communities and representatives of Ebenebe community and Miyetti Allah Cattle Breeders Association met yesterday to resolve the crisis. A press release by ASC Okadigbo Edwin, the Public Relations Officer of Nigeria Security and Civil Defence Corps, NSCDC, which confirmed the meeting, stated that the meeting was convened to assess the level of damage done on crops and livestock in the community and to broker peace between the two parties. Okadigbo said, “The State Commandant of NSCDC Anambra State Command Comdt. David U. Bille, today met with members of the State Cattle Menace Control Committee comprising the Commissioner of Police (Committee Chairman), the Commander 302 Nigerian Army Artillery Regiment Onitsha, the Director Department of State Services, traditional rulers of the surrounding towns and Representatives of Myetti Allah and Ebenebe Community in Awka North. The meeting was to resolve lingering issues between cattle rearers and Farmers in Ebenebe community, which happened a few days ago, which would have caused a breach of peace, before the security agencies restored normalcy to the area. An indigene of the community told DAILY POST that the members of the community have had a long standing crisis with cattle herders in the community because of continuous damage of crops by their herds. It was also gathered that a team of combined security forces have been stationed in the community to avert any form of reprisal attack from any of the parties.

2 community leaders detained over killing of 3 herdsmen in Anambra