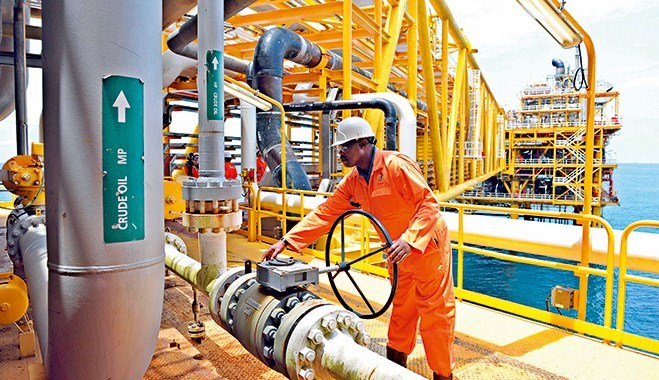 Mr Naphatali Iringe-Koko, a former General Manager of Nigeria Liquefied Natural Gas (NLNG)  has requested the Federal Government to invest heavily in the gas industry to ensure a secured future for the country and its citizens. He made the call in Abuja at the launch of his book titled “Nigeria LNG – A Dream Come True After 35 Years of Hope in the Balance”.
According to Iringe-Koko, He said the gas market had become very attractive and as such needed to be exploited to help revive the Nigerian economy. There is future in gas at least for the next 30 years, so let other gas projects come on board, the Final Investment Decision (FID) on NLNG Train-7 project should be taken as soon as possible. It has stayed about 14 years from inception but I think NNPC is working hard to see that the Train-7 comes on board. The NLNG Train-7 FID, located at the Bonny Island, will reduce militancy and many problems in the area. We are losing investment opportunities because of the waiting game,” Iringe-Koko. Iringe-Koko while speaking on the salient issues raised in the book urged the National Assembly to pass the Petroleum Industry Bill (PIB) to advance the course of oil and gas production in the country. According to him, the book is being introduced to Nigerians after 18 years of his research work to provide a documentation of failures and successes of NLNG. This, he said, would guide further action in new projects coming up and an opportunity to know how to move forward.
Secretary to Government of the Federation (SGF), Mr Boss Mustapha, had earlier said that the FG was giving high prominence to LNG and as such was committed to seeing a viable oil and gas sector. Mustapha, represented by Mr Olusola Ajayi, from office of the SGF, said plans had been made to ensure more infrastructure in the gas sector. We know that LNG is the main income generator for some OPEC members like Qatar, and it’s highly embraced by Australia, U.S., Angola, Mozambique and many others. There is rush to monetise gas resources worldwide as we begin to see fossil fuel engine in competition with electric cars. Nigeria is proud to belong to clean energy club which LNG represents. We are highly appreciative of the timeless effort of the technocrats who made it possible for the infrastructure in LNG to grow from a small base of under 5million tonnes per annum to 22 million tonnes. Within a short time frame (it is) an investment of over $40billion without putting a strain of funding obligation on Nigerian government. Domestic gas utilisation for power generation and the need to meet the clean and cost effective energy needs of our local industry is increasing. This is why 27 projects were delayed for almost 12 years to enable government to clarify the prospect for further development of LNG and domestic gas utilization.
Ahmed Joda, Chairman, ABTI-American University of Nigeria, Yola, who was the chairman of the book launch, said it was time for government to revive abandoned projects in the country. He regretted that Ajaokuta steel company and other industries which would have offered unemployed youths a means of livelihood were left to rot away. Joda urged the government to adopt a pragmatic approach to ensure that the oil and gas industry did not become the case of other abandoned industries in the country. News Agency of Nigeria (NAN) reports that the N10 billion dollars NLNG Train-7 deal would boost revenue generation and is expected to come with three gas turbine generators. NAN also reports that NLNG is expected to take FID on Train 7 before Dec. 31. (NAN)