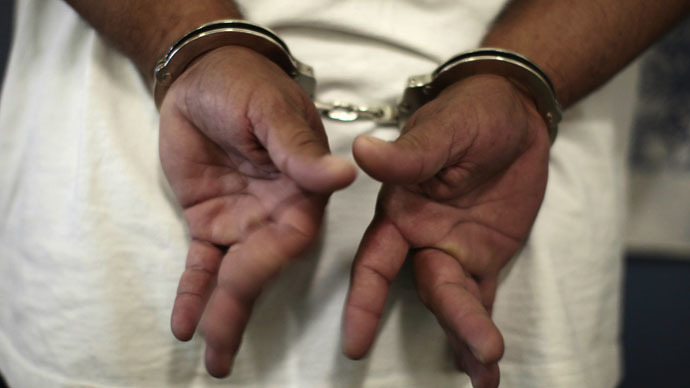 A 65-year old woman, Aworunshe  Folashade, has landed in trouble after she stood as surety in Lagos with N10m bond for two ladies at the Police  Command and the suspects escaped.
Folashade went to the Police X-Squad at Ikeja Command and stood as surety for two ladies, Noimotu Onisemotu and Aregbe Falilat, who were allegedly involved in fraud. It was gathered that the woman, Folashade, had asked the Police to release the suspects to her on N10m bond and signed an undertaking to provide them when the Police need them. The police then released the suspects to her as requested. However, the ladies, having realised that they might go jail based on the evidence before the Court, ran away without informing her. The suspects were said to have disengaged any communication with her thereafter. When the Police needed the attention of the suspects, they then contacted Folashade to provide the ladies as she had promised before they were released on bond to her. She made attempts to bring the suspects to the police station but discovered that they had absconded. Having failed to get them to come, the woman informed the Police that the suspects had run away. The Police then told Folashade that since the suspects have escaped, she should pay the N10m bond she signed with the Police but she said that she had no such money. She was then charged before the Ogba Magistrates Court to show reason she will not forfeit the bond to the Government. She pleaded not guilty. The prosecutor, Supol Ezekiel Ayorinde, asked the Court to give a date for hearing for the Police to prove that the woman actually committed the offence. Thus, the Presiding Magistrate, Mrs. B.O Osunsanmi, granted Folashade bail in the sum N500,000 with two sureties in like sum. She was remanded in prison custody pending when she will perfect her bail conditions. The matter was adjourned till 28th August, 2019.