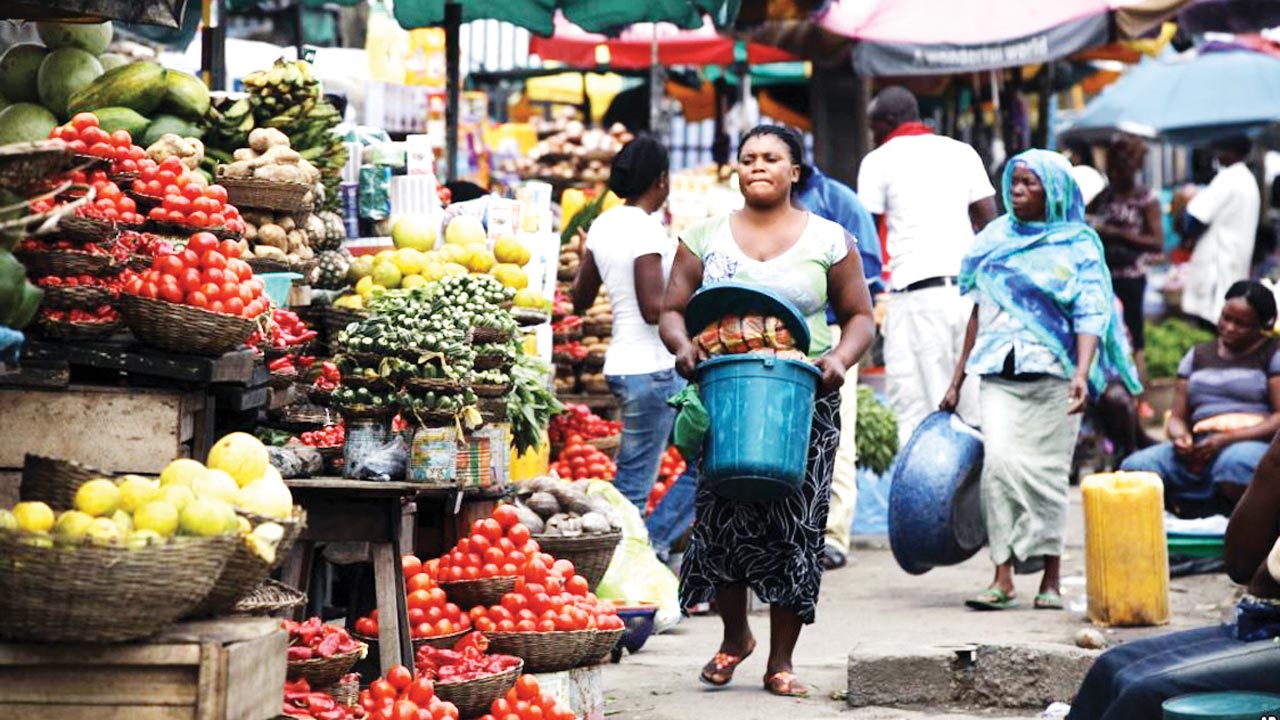 Ahead of the Eid-el-Fitri celebrations slated for Tuesday and Wednesday, the prices of tomato and other essential commodities have soared by 50 per cent in some markets in Kaduna.
A survey conducted by in Kaduna Central market Monday morning, Kawo market, Television market in Kaduna South and Kujama market in Chikun Local Government area of the state, showed that a 40kg basket of tomato, which cost N12,000 early May, has increased to N17,000. Conversely, a 50kg basket of bell pepper (Tatashe) dropped from N12,000 to N9,000, while a 50kg of Chilli pepper (Sombo) got a N500 increase to cost N9,500 as against N9,000. A jute bag of onion sold in May ending at N13,000, increased to N15,000. The price of a 50kg bag of rice ranges from N14,500 to N19,500 depending on its brand, while a 25 litre of palm oil increased from N8,200 to N8,500. The price of live chicken ranges between N2,500 to N6,000, while 1kg of frozen chicken and turkey cost N1,100 and N1,300 respectively. Adducing reasons for this, Alhaji Jombo, spokesperson, Perishable Food Sellers’ Association (PFSA), Kaduna Central Market, attributed the price increase to off-season effect, inadequate mechanised farming system and cost of transportation. He explained that 75 per cent of perishable food farmers were peasant farmers who practised rain-fed agriculture, thus limiting their production cycle and yield. Alhaji Jombo said: “We need to empower more farmers so that they can have access to irrigation system and machinery that can increase their production and profitability. If we have more of that in the country, there will be little complain about high cost of food items and we would have access to various foods all-year round. Alhaji Jumbo, however, predicted that the prices of the tomatoes were likely to reduce in July with the entry of South West species of tomatoes. With the harvest of South West tomatoes and entry into the market, we foresee a reduction in price back to about N12,000 before the end of July,” he said.
Mallam Mohammed Jibril, who sells chicken, ram and cow said the price increase was due to the high demand of those animals in this festive period. According to him, most of the animals in Live Stock Production Company died in infant due to lack of medicare hence only few lived to maturity. He said the few animals supplied to Kaduna state weren’t enough for the Muslims faithful, adding that, “with high demand, and few supplied, the price must surely increased”. Already, some Muslims have decided to celebrate the Eid-el-Fitri on low key due to the high cost of food items as they could not afford the cost. They resigned their fate to God, stressing that, “may the will of Almighty Allah, be done. They expressed confidence that since the Almighty Allah sustained and preserved their lives during the fasting period, same Allah will provide their needs. Ali Baba Ahmed and Shefia Abdullahi, who spoke to DAILY POST, said, “the most important thing is to conclude the fasting period in peace. Food items, meat and other commodities used for celebrations are not so important. What is important is for Allah to accept our prayers. Once that is done, all other things become so easy.

Russia praises resignation of head of Syrian opposition, says it is essential for unity
Leave a comment...
All news