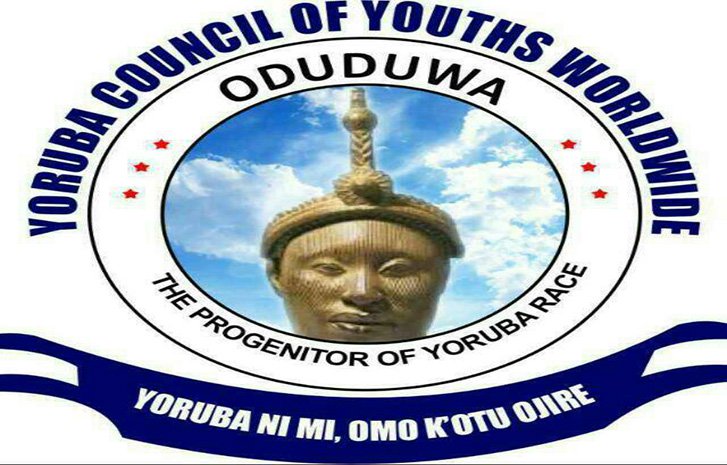 The Yoruba Council of Youths Worldwide, YCYW, has given a 7-day ultimatum to Fulani herdsmen to vacate the Southwest region of the country. The group said it would no longer condone the alleged criminal activities of the Fulani herdsmen in the South West geopolitical zone.
This was made known in a communiqué signed by its president, Aremo Oladotun Hassan and released to journalists after a meeting in Ile Ife, Osun State during the weekend. While describing as unacceptable the killing and kidnapping of people; the group said that activities of militant herdsmen and Boko Haram have heightened insecurity in South West region. The communiqué read in part, “In view of the recurrent decimal of flagrant brutal killings by the gun wielding terrorist Fulani Herdsmen/Boko Haram, aggressive invasion and violent attacks, alleged kidnapping of innocent Yorubas and Nigerians domiciled in Yoruba land, gross violation of fundamental rights to human dignity leading to serial and merciless killings of innocent youths, rising wave of insecurity across the nation in Lagos around Ojokoro, Ibadan to Ife road, Ibadan to Ijebu Ode/Benin Ore road, Ekiti to Akure and other highways kidnappings and robberies, incessant records of brutal ritual killings to mention a few. Precipitating our unanimous resolution via final 7 days quit notice to all Fulani Herdsmen/Boko Haram to stay off all our territories, towns, villages and highways in all South West states. The group condemned the Federal Government’s meeting with the leadership of Miyetti Allah Cattle Breeders Association of Nigeria (MACBAN) in Kebbi State and plans to establish a radio station directed at Fulani herdsmen. It further deplored the Federal Government’s comparison of Miyetti Allah to Afenifere and Ohanaeze Ndigbo, describing it as “irresponsible and reckless”.