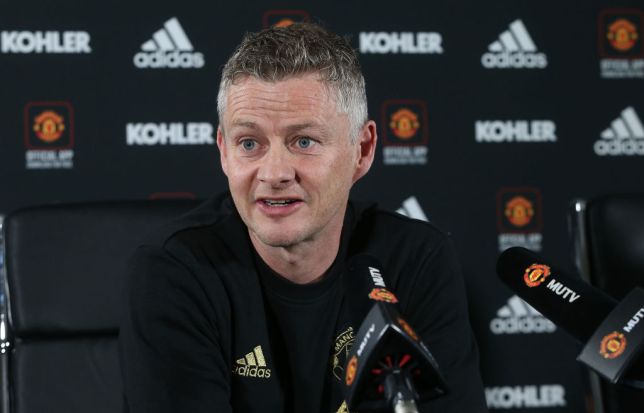 Manchester United manager, Ole Gunnar Solskjaer has revealed his plans for Mason Greenwood, Tahith Chong, Angel Gomes and James Garner, ahead of next season, Solskjaer said he expects the youngsters to remain at Old Trafford next season and learn from the club’s first team players so that they can become the best players in future.
The Norwegian gave Greenwood his full Premier League debut on the final day of the English Premier League season against Cardiff City, while Chong, Gomes and Garner all featured at least once for the first team this season under Solskjaer. I have to say it would be nice for them [Greenwood, Chong, Gomes and Garner] to have a full season somewhere and play, Solskjaer told MUTV. But then again, maybe the best place for them would be here. When you train with the best players of the world in this environment, we’ve got a history of making them the best. But we’ve  got loads of examples of players being out for a year on loan and coming back. So let’s see what we decide with these boys but I can see most of them staying here and getting chances next season.

Why Man United stars risk 25% deduction from their wages next season.