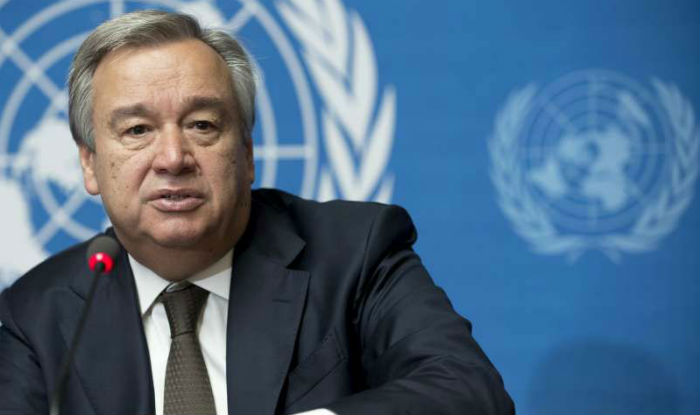 Top UN officials, including Secretary-General António Guterres, have condemned Sunday’s deadly attack on a Catholic church in Burkina Faso. At least six people, including the priest, were killed when gunmen opened fire on the worshippers at the church in the north of the country, media reports say.
The incident reportedly took place in the village of Dablo, located in a region that has seen an upsurge in violence in recent months. The church was burned to the ground, along with other buildings including a health centre,” the UN said on its website. In a statement, Guterres urged “all citizens of Burkina Faso to stand firmly with one another across communities. The UN chief advised them against buying into attempts by the perpetrators and their sponsors to sow discord and breed further violence. He also recalled the sanctity of all places of worship, and expressed his hopes the perpetrators can be swiftly brought to justice.
President of the UN General Assembly, Ms Maria Espinosa, also expressed outrage in a tweet on Sunday evening. Espinosa said the killers must be held accountable, adding that we cannot tolerate hatred. The fundamental right of religious freedom must be respected everywhere. Also reacting, the UN Resident Coordinator in Burkina Faso, Mrs Metsi Makhetha, tweeted her condemnation of the “heinous attacks. She offered her condolences to the families of those who lost their lives. The UN said the attacks occurred just days after its humanitarian officials, including Makhetha, warned of an “unprecedented” rise in sophisticated armed attacks in the Sahel.
In a report to member states on Wednesday, the UN Office for the Coordination of Humanitarian Affairs (OCHA), said the development was putting the future of a “whole generation” at stake. Violence is spreading in Mali and Niger, as well as Burkina Faso, and risks spilling over into other West African countries. This has led to a five-fold rise in the displacement of the local population in the last 12 months, who have seen more than 330,000 people leave their homes, in addition to 100,000 refugees,”OCHA said. According to Makhetha, “ISIS-inspired” armed groups, threaten to destabilise longstanding traditional methods of community-based conflict resolution. The UN, partner humanitarian organisations and governments have stepped up operations. But we must do more,” she said.