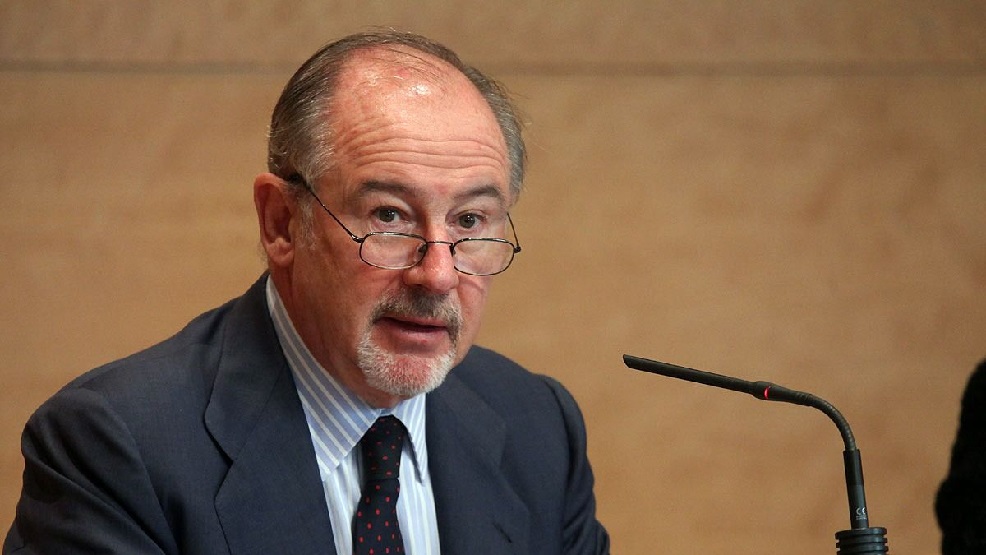 In February 2017, Rato was found guilty by the Madrid-based National Court of paying for personal expenses with credit cards put at his disposal when he was the boss of Caja Madrid and Bankia, at a time when both banks were in difficulty.

The 69-year-old, who is also a former Spanish economy minister, had since then been free on bail pending an appeal.

The case shocked Spain, where it was uncovered at the height of the crisis that left many people struggling financially -- made all the worse because Bankia later had to be nationalised.

Far-left party Podemos welcomed the court decision, saying Spaniards had long demanded justice "for those who robbed public money, for those who ripped off thousands of families, for those who burdened us with debt for life."

"We applaud the fact that some of those reponsible, like Rodrigo Rato, get at least part of what they deserve," it said in a tweet.

Rato was tried with 64 other former executives and board members at both banks accused of misusing a total of 12 million euros ($13.8 million) between 2003 and 2012 in personal expenses.

These included petrol for their cars, supermarket shopping, pricey holidays, luxury bags or parties in nightclubs.

One of the executives, Miguel Blesa -- Rato's predecessor at Caja Madrid -- was sentenced to six years in jail.

In July 2017, Blesa was found dead with a gunshot wound to his chest at a private hunting estate in southern Spain.

An autopsy ruled it was suicide.

Rato was economy minister and deputy prime minister in the conservative government of Jose Maria Aznar from 1996 to 2004, before going on to head up the International Monetary Fund until 2007.

His subsequent career as a banker in Spain was short-lived -- from 2010 to 2012 -- but apart from the case of the undeclared credit cards, it also led to another banking scandal considered the country's biggest ever.

Thousands of small-scale investors lost their money after they were persuaded to convert their savings to shares ahead of the flotation of Bankia in 2011, with Rato at the reins.

Less than a year later, he resigned as it became known that Bankia was in dire straits.

The state injected billions of euros but faced with the scale of Bankia's losses and trouble in other banks, it asked the European Union for a bailout for the entire banking sector and eventually received 41 billion euros.

Rato is due to stand trial over the case, accused of falsifying information about Bankia's finances to encourage investors to buy into its stock market listing.

He is the third former IMF chief to get into trouble with the law.

His successor Dominique Strauss-Kahn was tried in 2015 on pimping charges in a lurid sex scandal, and was acquitted.

And Christine Lagarde, who took over from Strauss-Kahn and is the current IMF chief, was found guilty of negligence over a massive state payout to a tycoon when she was French finance minister, though she received no penalty.