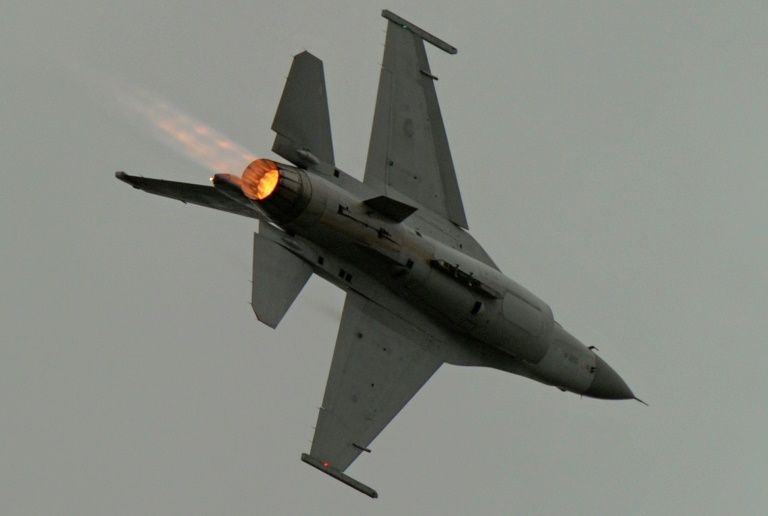 Taiwan's air force on Monday said it was searching for an F-16 fighter jet that went missing at the start of annual live-fire drills.

The single-seat jet disappeared off the radar over mountainous terrain in the northeastern county of Keelung at 13:43 pm (0543 GMT), 34 minutes after take off, the air force said in a statement.

It added that it was making "all efforts" to search for the missing pilot, Major Wu Yen-ting.

Wu was also involved in the last F-16 accident in Taiwan, in 2013, when he parachuted to safety following a suspected mechanical failure.

Although Taiwan is a self-ruling democracy, it has never formally declared independence from the mainland and Beijing still sees it as a renegade province to be brought back into the fold, by force if necessary.

Taiwan's defence ministry has said the main goal of the drill is to counter any future Chinese military mission to the island.

As relations have soured between Beijing and Taiwan's President Tsai Ing-wen, China has increasingly flexed its military muscles.

It held live-fire drills in April in the Taiwan Strait -- the narrow waterway separating the Chinese mainland from Taiwan -- following weeks of naval manoeuvres in the area.

In November, Taiwan's air force temporarily grounded all its Mirage jets as it searched for a pilot who went missing while conducting a training mission in one of the French-made fighters. Both pilot and plane are yet to be found.

A year in Nigerian search: Google's trending searches of 2019
Leave a comment...
All news