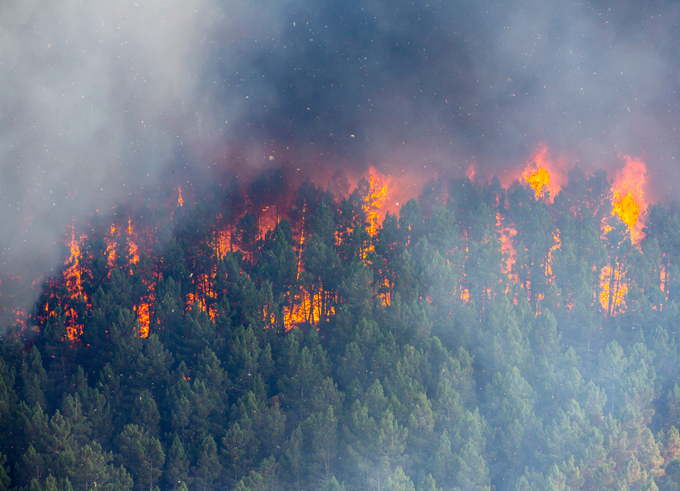 Wildfires burning through a popular hiking rail in India's Tamil Nadu state hakilled 9 trekkers, while 18 others have serious burn injuries. The grou[p of hikers were forced to flee a fast approaching fire as they were hiking throuhg Theni district, a hilly region in southern India thickly forested and dotted with tea plantations.
Officials say the hikers became separated as they tried to find a safe way to escape the oncoming blaze.
"It seems that the victims deviated from the regular trail. This is a popular trekking spot," Theni district official S. Kandasamy told AFP.
"Nine people lost their lives and 27 others were rescued."
Kandasamy said 18 of those rescued were injured and that some of the victims had been taken to hospital with serious burns covering most of their bodies, the Press Trust of India reported.
Kandasamy said the fire is still burning uncontrollably in the region bordering Kerala state some 540 kilometres (335 miles) from the Tamil Nadu capital Chennai.
The cause of the blaze is being investigated, he added.
Helicopters from the Indian army have been enlisted to help douse the flames, PTI reported.
Emergency teams had accounted for all those on the hiking expedition, Theni district police superintendent V. Baskaran told AFP.
AFP

Gunmen kill one, injure 10 in Jigawa
Leave a comment...
All news