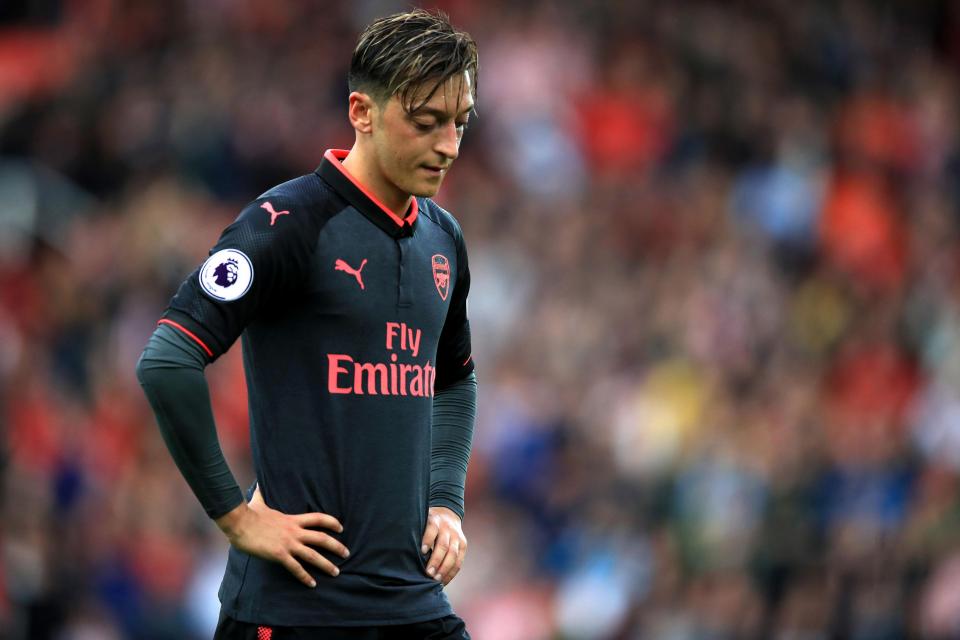 - Arsenal now willing to sell Ozil in January to avoid losing him for free at the end of the season.
- Ozil wants £350,000 weekly against Arsenal's offer of £275,000.
- AC Millan and Manchester United in hot pursuit for the player.
According to reports on The Mirror UK, Arsenal Football Club are considering selling midfielder Mesut Ozil who will be out of contract by the end of this season.
As a result, Ozil will be able to speak to potential clubs by January and even sign a pre contract pending when he moves to any prospective employer. This will be a terrible situation for Arsenal who may likely face the same situation with Alexis Sanchez.
Ozil's representatives are reportedly demanding for a wage of £350,000 weekly as against Arsenal's offer of £275,000. Although Arsenal would be able to afford this wage bill, Arsene Wenger would be seriously considering the kind of unrest such an increase is likely to cause and also the impact it will have on the contract negotiations of other players.
The most notable suitors so far for Mesut Ozil have been Manchester United and AC Millan.