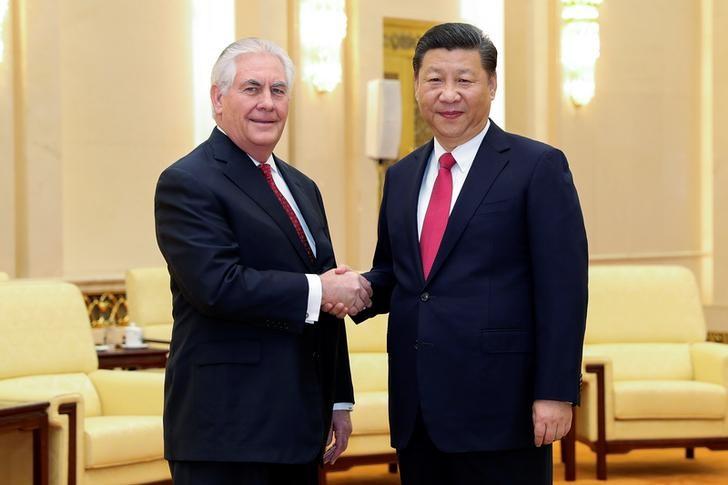 - U.S. urges China to agree to an oil embargo on North Korea.
- Agrees that it's entirely up to China.
- Aims to dissuade North Korea from further developing nuclear weapons.
U.S. Secretary of State Rex Tillerson has disclosed that it has been very difficult to get China to agree to imposing an oil embargo on North Korea in the wake of their biggest nuclear test so far.
Tillerson said the U.S. is hopeful that China as a great country will eventually decide to use its oil which is a powerful tool in dissuading North Korea from further developing its nuclear weapons.
Tillerson's remarks came on Thursday at a joint news conference with UK's Foreign Minister Boris Johnson in London where he met British Prime Minister Theresa May and French President Emmanuel Macron.
"It's clear that with respect to oil, and a complete embargo on oil from the UN Security Council, that's going to be very difficult," he said.
"In effect, that is directed at China alone because China supplies essentially all of North Korea's oil.
"I am hopeful that China, as a great country, a world power, will decide on their own, will take it upon themselves to use that very powerful tool of oil supply to persuade North Korea to reconsider its current path towards weapons development, reconsider its approach to dialogue and negotiations in the future," he said.

Trump urges world leaders to confront North Korea and Iran and risk being left out
Leave a comment...
All news