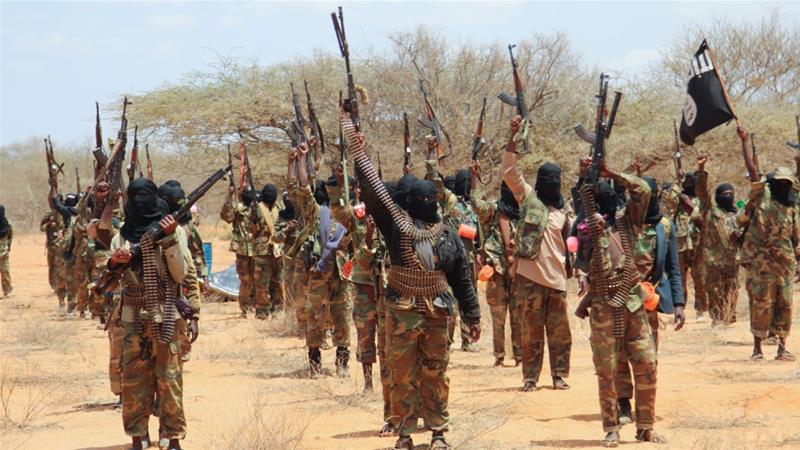 - 7 militants and 10 soldiers killed as al-Shabab attack Balad Hawo Town between Somalia and Kenya.
- al-Shabab previously reported that over 20 soldiers were killed.
- The war in Somalia continues.
The Somali Border town of  Balad Hawo near Kenya experienced a renewed clash between soldiers and militants in the early hours of Monday as the armed rebel group al-Shabab attacked a military base.
Al-Shabab which is an al-Qaeda-linked group aims to impose its strict interpretation of Islam in Somalia has carried out attacks all over the country as it looks to topple the Western backed government and push out the African Union troops.
This report was confirmed by a spokesman for the al-Shabab during an interview with news agencies.
"First, a mujahid with a car bomb rammed into the military base and then we stormed it," the spokesman, Abdiasis Abu Musab, said.
The group also said 24 Somali soldiers were killed in the raid, but a Somali military official put the figure at about 10 dead soldiers.
"We were awoken by a suicide car bomb this morning and then fierce battle followed," Major Mohamed Abdullahi told Reuters news agency from the town.
"We lost at least 10 soldiers. We chased al-Shabab out of the town. We killed seven militants," Abdullahi said. The death toll on both sides could still rise, however, he added.
Residents said the fighting was continuing.
"First we heard a huge blast at the military base and then heavy exchange of gunfire followed," Suleiman Nur, a shopkeeper in the town said.
"Al-Shabab captured the military base, the police station and most part of the town," he added. "But still we hear heavy exchange of gunfire on the far side of town. I could see two military vehicles taken by al-Shabab."