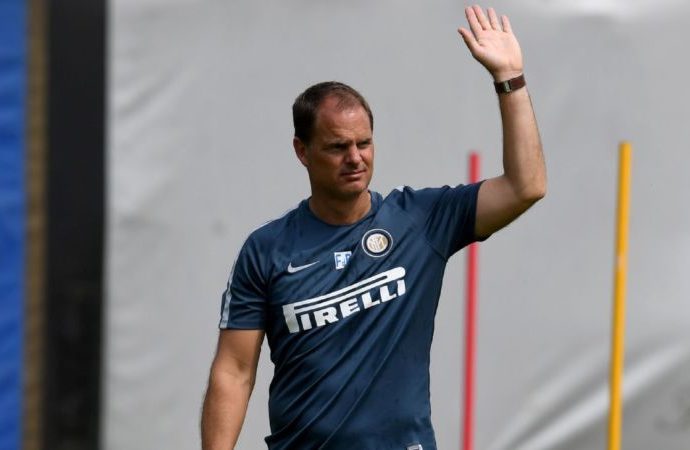 De Boer was available after stepping down as Ajax boss and was heavily linked with a move to the Rossoneri, only for Milan to opt for ex-Fiorentina and Sampdoria head coach Montella on a two-year deal.

The Dutchman eventually ended up in Serie A after all, replacing Roberto Mancini at Inter last month, but could very well have been in charge of their city rivals had things turned out differently.

"There were six options in total, including [Cristian] Brocchi and two giants with great experience.

"We then decided to sign Montella and we are pleased with our choice.

"Montella's teams play good football and this is something Silvio Berlusconi, myself and fans appreciate. We have to continue playing like this.

"We have faced strong teams but there's still a lot to do. The match against Udinese shows how unpredictable Serie A can be."Ø

Milan, who have nine points from their first five Serie A matches - travel to play Fiorentina on Sunday.

Its sad to watch this Milan- Kaka
Leave a comment...
All news