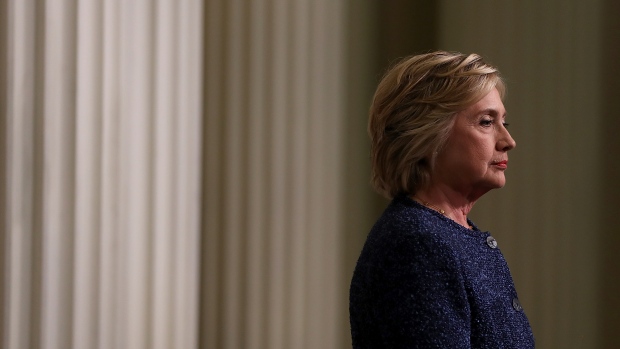 Hoping to put the issue of her health behind her as she gets ready to return to the campaign trail, Hillary Clinton on Wednesday released an updated review of her physical fitness and details about a recent bout of pneumonia.

"She is recovering well with antibiotics and rest," said her doctor, Lisa Bardack, in a letter released by her campaign. "She continues to remain healthy and fit to serve as president of the United States."

The details made public by the Democratic presidential nominee included a description of the pneumonia diagnosis she received last week. Her illness became public after she left Sunday's Sept. 11 memorial service in New York early and was seen on video staggering while getting into a van.

The health episode fuelled long-simmering conservative conspiracy theories about Clinton's health and provided a fresh line of attack for rival Donald Trump, who has frequently questioned whether Clinton has the stamina to serve as commander-in-chief.

The Republican nominee, meanwhile, handed over a one-page summary of a recent physical exam to the celebrity doctor Mehmet Oz while taping an episode of Oz's talk show. But voters will have to wait another day for details: the show does not air until Thursday.