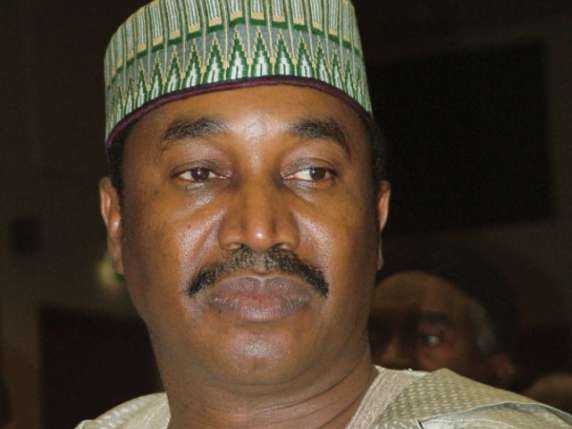 The immediate past Governor of Katsina State, Mr. Ibrahim Shema, has been declared wanted by the Economic and Financial Crimes Commission, EFCC, over an alleged N76bn fraud.
Shema was reportedly declared wanted by the commission, following allegations leveled against him by his successor, Governor Aminu Masari.
In a gazette signed by the spokesman for the EFCC, Mr. Wilson Uwujaren, the anti-graft agency said Shema had ignored all invitations by the EFCC.
The gazette read in part, "The public is hereby notified that Ibrahim Shema, a former Governor of Kastina State, is wanted by the EFCC in connection with a case of criminal conspiracy, inflation of contracts, abuse of office, diversion of funds and embezzlement, running into billions of naira.
"The former Governor ignored several invitations by the commission since December 1, 2015, when he was first summoned by the agency. All efforts to locate him at his known addresses in Katsina and Abuja were futile.
"The 59-year-old ex-Governor hails from the Dutsena-ma Local Government Area of Katsina State.
"He is tall, light in complexion and speaks Hausa and English fluently. Anybody, having useful information as to his whereabouts, should contact the commission."Ø
Masari had expressed dissatisfaction with the handover note presented to him by his predecessor, prompting him to set up a probe panel into the administration of Shema.
Masari had said he had "concrete evidence"Ø to drag his predecessor before the anti-graft agency to recover all stolen funds.
According to Masari, there are some mistakes that can be forgiven, "but N70bn is a huge amount of money that we cannot overlook."Ø
The Governor promised that all stolen public money would be retrieved to correct past mistakes and bring sanity into the public service.
He alleged that Shema misappropriated over N76bn collected as excess crude oil allocation and diverted over N7.5bn into his private pocket.
Masari also alleged that the former Governor and other top Government officials of the Ministry of Local Government Affairs diverted over N750m earmarked for the purchase of drugs for the state's Local Governments.
The Katsina State Governor added that his administration was aware of a campaign of calumny sponsored by his predecessor in the media to frustrate him from going ahead with the probe and retrieving stolen funds.
He alleged that more than N1.8bn was paid by the former Governor to proprietors of some newspapers for the job.
Responding to the allegations leveled against Shema, his lawyers, Wole Olanipekun (SAN) and Co, said that there was an unwarranted and unexpected campaign of calumny being waged against the ex-Governor; coupled with a deliberate attempt to blackmail, denigrate and vilify Shema and his aides.
His counsel described as blatant lies, nauseating and malicious, the claims that the "Ibrahim Shema-led administration incurred and left the state with a debt of N42bn upon the expiration of its term; that the administration incurred a foreign debt portfolio of $78m and that a sum of N13bn got missing between January and May 2015."Ø