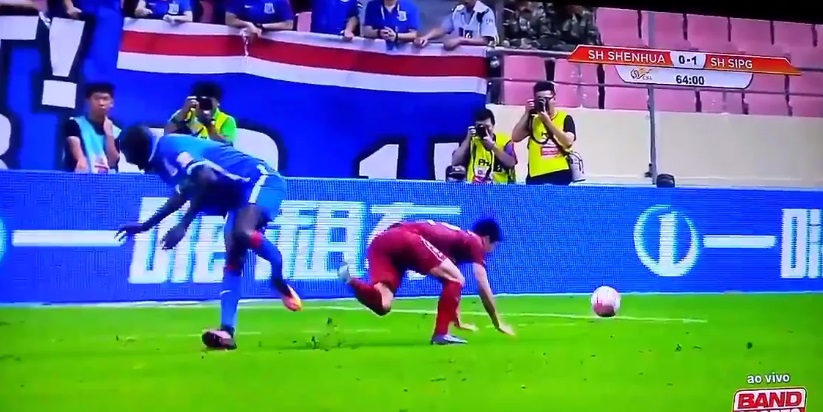 Shanghai Shenhua beat local rivals Shanghai SIPG 2-1 thanks to a late Fredy Guarin goal, but lost a star striker in the process.

Ba, 31, was involved in a collision with Sun Xiang when their legs got tangled.

The leg snapped and was left dangling as Ba crumpled to the turf.

Shenhua went on to beat the Red Eagles 2-1 with late goals from Yunding Cao and former Inter Milan midfielder Fredy Guarin but Ba's condition will be of serious concern to the club.

Ba is the top scorer in the Chinese Super League, with 14 goals in 18 games that have fired the Flower of Shanghai to fifth in the table.

Ba moved to China from Turkish side Besiktas in June 2015, scoring 12 goals in 16 games during his first season at the Hongkou Football Stadium.

Shanghai Shenhua confirm Ighalo will be punished, give reasons
Leave a comment...
All news