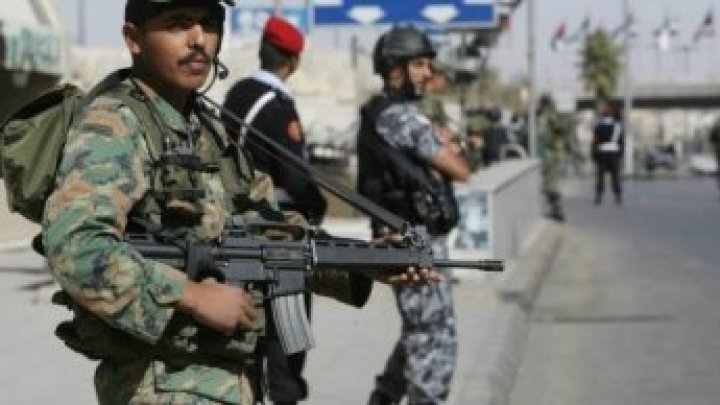 A car bomb exploded Tuesday near a Jordanian army post on the sealed border with war-ravaged Syria, killing six members of Jordan's security forces and wounding 14 in what the military called a "cowardly terrorist attack."


The Jordanian Armed Forces said in a statement that many Jordanian border guards were killed on Tuesday at dawn in a booby trapped car explosion.

It said in Amman that the explosion occurred near the" no man's land"Ø between Jordan and Syria at 5:30 a.m. local time, killing and injuring the officers.

The forces said that the army engaged with many enemy vehicles and destroyed them at the same time.

It said that more than 50,000 Syrian refugees are stranded at the no man's land, as Jordan discovered a large number of them were members of the terrorist Islamic State or supporters and majority of them came from areas under the control of the terrorist movement in Syria.

Ariane Rummery, a spokeswoman for the U.N. refugee agency in Geneva, said the attack took place several kilometers from Ruqban camp and that she was not aware of any injuries among the Syrian refugees.

"Clearly the attack underlines how challenging the relief operation is at the berm," she said. "We remain concerned about the level of security issues at the berm and for humanitarian agencies working there."

Since 2011, the Jordanian army foiled many attempts by terrorists to infiltrate into Jordan. (Xinhua/NAN)

Trump to send 2,100 more troops to U.S. border with Mexico
Leave a comment...
All news