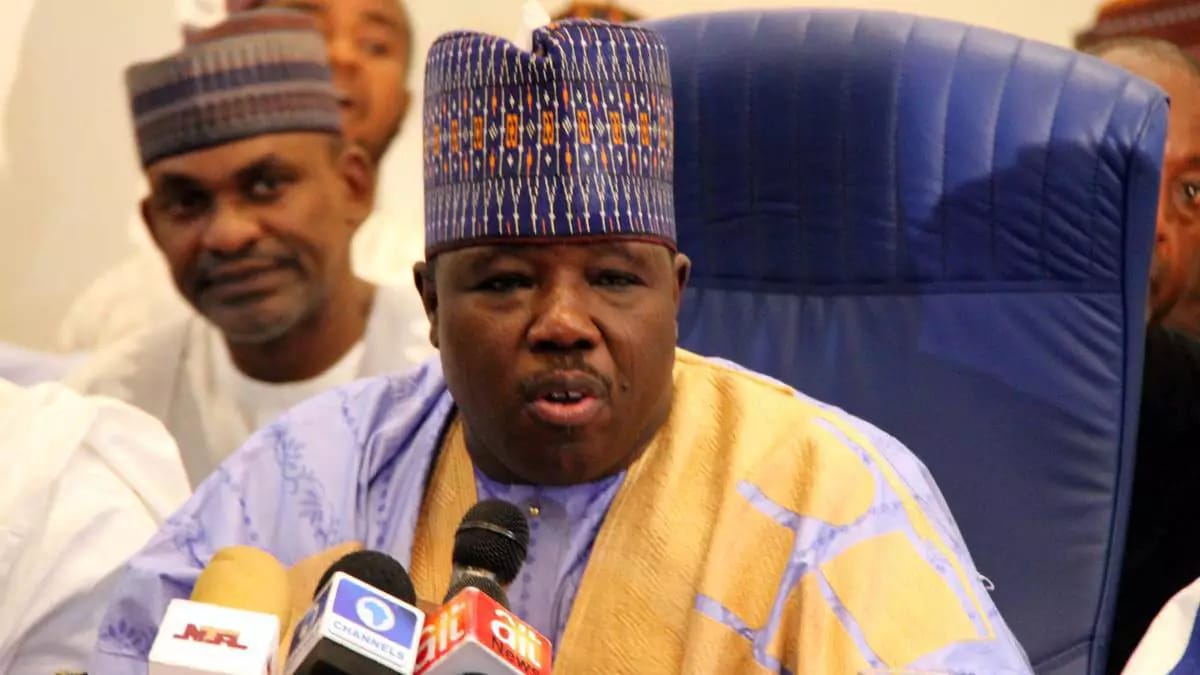 The Peoples Democratic Party (PDP) National Executive Committee (NEC) would on Monday debate and determine the tenure of its National Chairman, Ali Modu Sheriff, it was learnt yesterday.
It was gathered that the party's highest organ would at its meeting fixed for next week Monday determine and ratify Sheriff's tenure in line with the Constitution of the Party.

The National Secretary of the party, Prof Adewale Oladipo, who spoke with newsmen said that all is now well with the party, but, however, appealed to members of the party to see that PDP return to its lost glory.

He said: "Now we have a substantive National chairman from the North-east to complete the tenure of Alh Adamu Mu'azu, though some aggrieved members of the party kicked against his emergence, I can say categorically that through the help of the various statutory organs of the party, we have been able to put things in the right perspective.

The Chairman of the PDP Governors Forum, who is also the Governor of Ondo a State, Dr. Olusegun Mimiko, stated that Sheriff must leave office after three months.

He added that the members of the National Working Committee of the party, headed by Sheriff, must within two weeks, come up with programmes that would culminate in the party's national convention.

The National Treasurer of the party, Mr. Bala Buhari, told correspondent that the NEC meeting would hold on Thursday.

"NEC will decide when we (NWC) are leaving office on Thursday, including the national chairman. And everybody must respect the agreement reached,"Ø he told our correspondent on the telephone on Monday.

It was gathered that different stakeholders in the party had started making moves on the office to be zoned to their areas.

Our correspondent gathered that the Governor of Ekiti State, Mr. Ayodele Fayose, had been clamouring that the office of the national chairman should be zoned to the South-West.

But Sheriff has said he will not stay in office beyond the constitutionally provided time for his exit.

Sheriff spoke when he received the forum of former PDP members in the House of Representatives, who paid him a courtesy visit at the party's national headquarters in Abuja on Monday.

He also vowed that there would be no imposition of candidates, saying the NWC of the party would, after elaborate consultation, release the programmes for the national convention,

Sheriff said, "I, Ali Modu Sheriff, a man of character and integrity, one, who would live up to expectation and his promises, hereby announce to the world that under no circumstances would I stay in office beyond the period prescribed by the constitution of our party, the PDP.

"In the light of the above, therefore, I will announce the Convention Congress Planning Committee after due consultation with all organs of the party within few days from today and I assure all faithful members of the party that I would do everything within my powers to ensure that I complete the processes of congress before the expiration of my time in office."Ø

Okorocha under fire for failure to pay pensioners during his tenure
Leave a comment...
All news