Was Lagos State Govt Right Or Wrong For ‘Arresting’ Okada Men From The North, Read This Over the weekend Friday 30th August, A lot of dust was raised over the interception of a truck load of 48 motorcycles popularly called''Okada'' alongside 123 persons loaded in trucks by the The Lagos State Environment Sanitation and Special Offenses Task-force when they were about to enter the state.
The interception was carried out after a tip off by some concerned citizens of the state on the manner with which the persons where being transported. Since the interception and subsequent arrest and detention of the individuals who claimed to have migrated from JIgawa state, A lot of Nigerians have come out to show their displeasure at what they termed deliberate profiling and harassment by the Lagos state Government as well as the infringement of their fundamental human right of free movement to any part of the country as contained in the Nigerian constitution. But taking a more holistic view of the action taken by the Lagos state government, we should not be too quick to throw aspersions on the Lagos state government for intercepting the movement especially with the current security situation in the country. In recent times, The crime rate and acts of terrorism have gradually moved from up north to down south with increased rate of kidnappings and robberies allegedly carried out by Fulani herdsmen being witnessed on a daily basis in most parts of the southern and south western states , also there have also being reports of suspected Boko Haram members moving down south. With these current security challenges being experienced in the country, it is only expected that the Government of various states all over the federation should be on alert  and  watch out against security threats as well as such massive movement of over 123 individuals into a state at once. 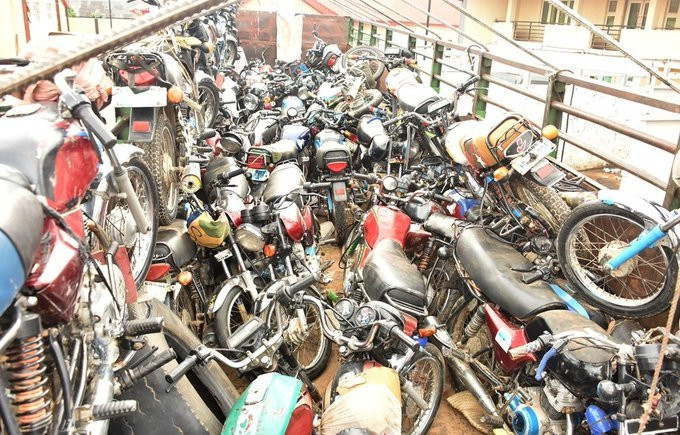 According to the Lagos state government, the arrest and interrogation carried out by it's officials was to enable the state know from where the individuals were migrating from, their purpose in the state as well as to know the occupation they will be engaging in, if and when they decide to settle in the state. if you ask me, i think these are valid questions to be asked especially with the porous nature of our borders with countries like Cameroon, Chad and Benin republic. The Government ought to be able to identify and make sure that it is not allowing foreigners and aliens into it's territory without finding out where such persons are actually coming from. But on the other hand i will fault the Lagos state government on the manner the situation was handled and the manner with which it disseminated the information to the public. The manner with which the message was received, made a lot of people actually think that the individuals were being detained and interrogated because of their ethnic affiliations and the region they were migrating from. Going forward, i think the government should Subsequently handle such situations in a more orderly and diplomatic manner to avoid suspicions that it is trying to refuse letting people from a particular region into the state.
According to reports, after the interrogation of the detained persons, it is worthy to note that the Lagos state government found out that the 123 persons loaded in trucks posed no challenge in the short term and have come to Lagos to improve their economic fortunes. Lagos has welcomed persons from all over the country in the past and continues to do so. But let the fact remain that we live in dangerous and perilous times when the security of any state should not be taken for granted, let's continue to support the government on its efforts to secure the lives and properties of citizens against the activities of men of the underworld.