It was earlier reported that a little girl identified as Dele was spotted studying at night using the light illuminated from an Automated Teller Machine (ATM) gallery. It was gathered that the bank that owns the ATM in Yaba Road, Ondo state, opened a bank account for her. It has now been reported that Dele will also
receive a sum of N1 million from the bank. Popular policewoman Opetodolapo Badmus made this known in a post shared on her Instagram page. According to her, the bank will also sponsor her education from now to the university level. The little girl was praised by the policewoman. According to Badmus, Dele's decision to face the challenges in her way head on got her a break through. The policewoman said she used to tell people she mentored back in the day that challenges lead to promotion and facing your challenges will give someone the ability to arrive at their destination. Badmus congratulated the little girl and she also thanked the bank for taking responsibility for Dele. 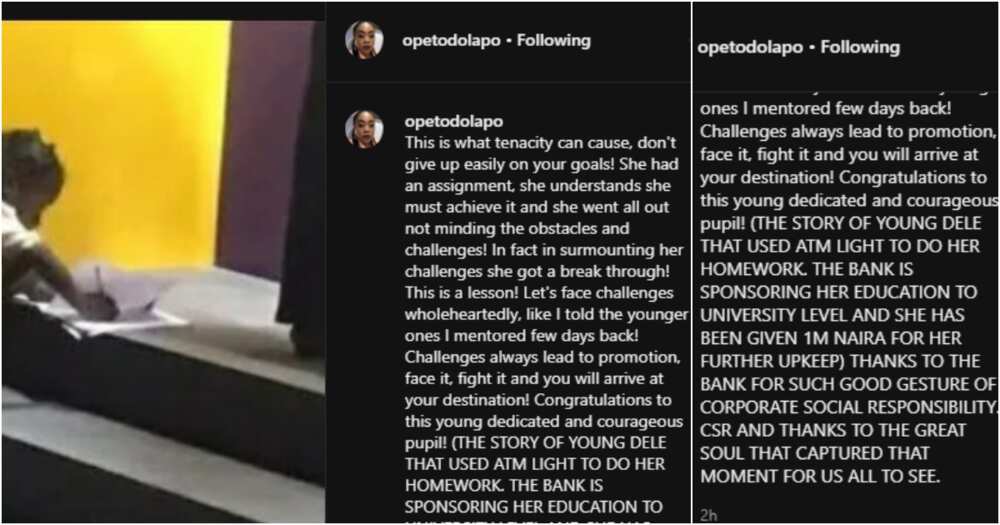