Over 80 dead as severe weather hits Afghanistan and Pakistan

At least 42 people died and 21 were injured across Pakistan, with several still missing in weather-related incidents, while a further 39 people were killed in Afghanistan, according to

officials in both countries. Forecasts suggest more harsh weather is on the way. Pakistani and Kashmir was the worst-hit area, with 23 people killed and 10 others missing, Nouman Raja, head of the state disaster management authority, told AFP. In the picturesque but conflict-riven Neelum Valley in Kashmir, heavy snowfall triggered an avalanche that killed at least 14 people. Authorities shuttered schools, while several highways and roads were closed across northern mountainous areas, according to officials. To the southeast in Balochistan province, at least 19 people had been killed in separate weather-related incidents, said Mohammad Younus, an official with the provincial disaster management authority. Most of those who died were women and children," he told AFP, adding that hundreds remained stranded.

Across the border in Afghanistan, more than 300 houses were either destroyed or partially damaged throughout the country, said Ahmad Tamim Azimi a spokesman for the Natural Disaster Management Authority. A cold snap, heavy snowfall and rains that started two weeks ago have caused damage," he said, adding that most casualties were caused after roofs collapsed under thick snow. Hardest hit were southern Kandahar, Helmand, Zabul and western Herat provinces. In Herat, seven people --  all members of the same family and including children died when their roof, Azimi added. Harsh winters often take a heavy toll in mountainous Afghanistan, and the country remains poor despite billions of dollars in aid from the international community. 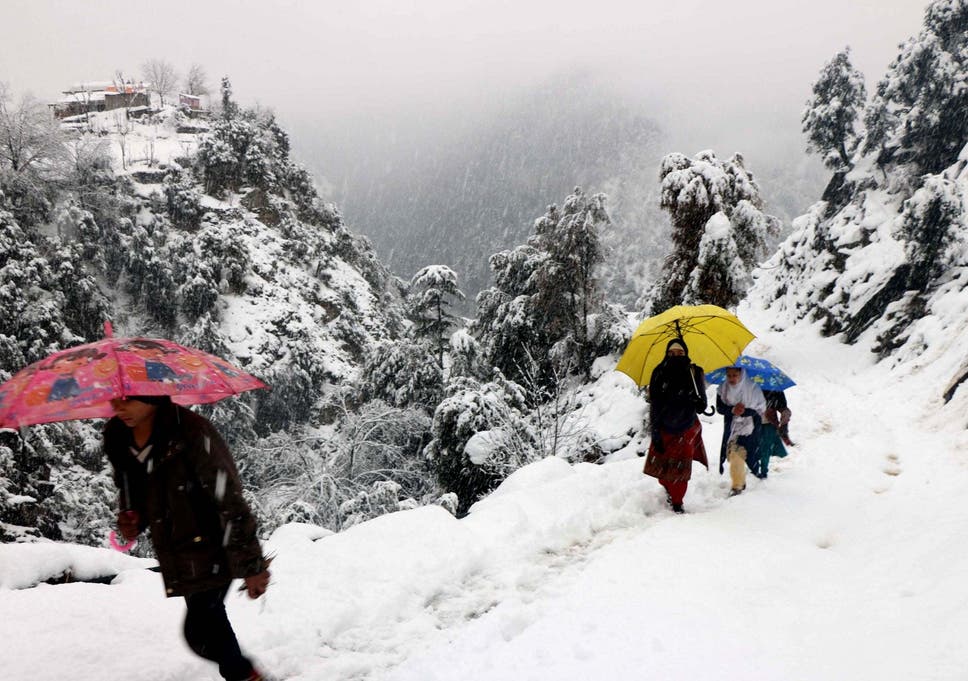