The 16-year-old girl who was said to have been married off to a 56-year-old man in Ozubulu, Anambra state, simply as identified as Chinwendu has now gone back to school.
According to reports then, it was alleged that the girl's family had handed her over to a rich man in the village. It was also discovered that the

teenager was also a nursing mother to a 6-month-old baby. Chinwendu was rescued by Delta born human rights activist Prince Gwamnishu Harrison after she was married off. But the teenager has now returned to school to complete her education. The young girl had received help from the Anambra state commissioner for women and children affairs, Lady Ndidi Mezue. Mezue came to her help with Harrison's assistance to retrieve her from Igwilos. With Mezue's help, she was rehabilitated, trained in tailoring, and empowered with others in Anambra. The training and rehabilitation was given by the Industrial Training Fund. 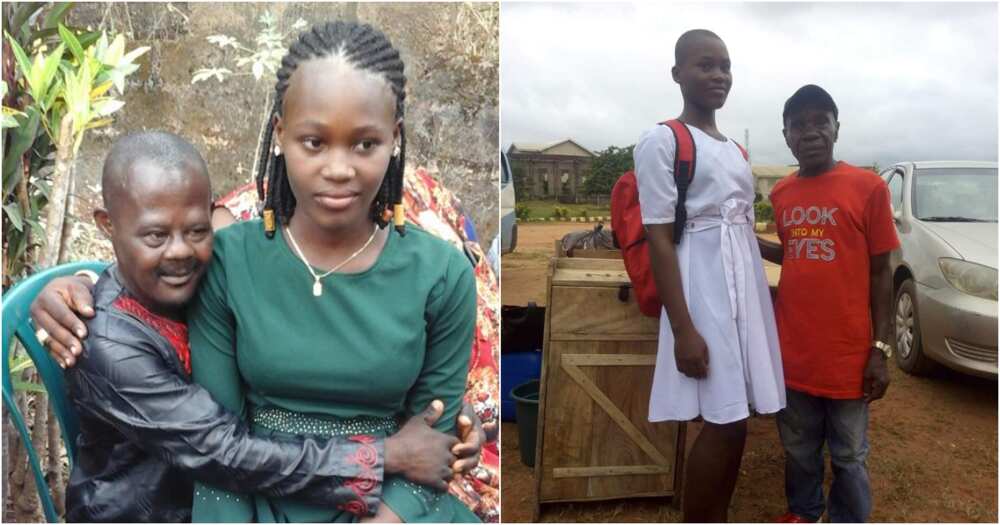 After completing her rehabilitation and training process, the teenager has gone back to school. She was accompanied by her father, Mezue, and some staff of the ministry of women and children affairs. Victor Moses returns back to England for treatment