CBN imposes fees on deposits, withdrawals (see list of states affected and when it will take effect) The Central Bank of Nigeria (CBN) has announced that the nationwide implementation of the cashless policy will begin by March 31, 2020.
The apex bank made this known in a circular to all Deposit Money Banks (DMBs) in the country on Tuesday, September 17. It said that the implementation of the policy would signal the imposition of charges on deposits in addition to already existing charges on withdrawals. The charges will take effect from Wednesday, September 18, 2019, and will attract three percent processing fees for withdrawals and two percent processing fees for lodgments of amounts above N500,000 for individual accounts. For corporate accounts, the apex bank in the circular said that DMBs would charge five percent processing fees for withdrawals and three processing fee for lodgments of amounts above N3,000,000. The statement, however, disclosed that the charge on deposits would apply in Lagos, Ogun, Kano, Abia, Anambra, and Rivers states as well as the Federal Capital Territory. 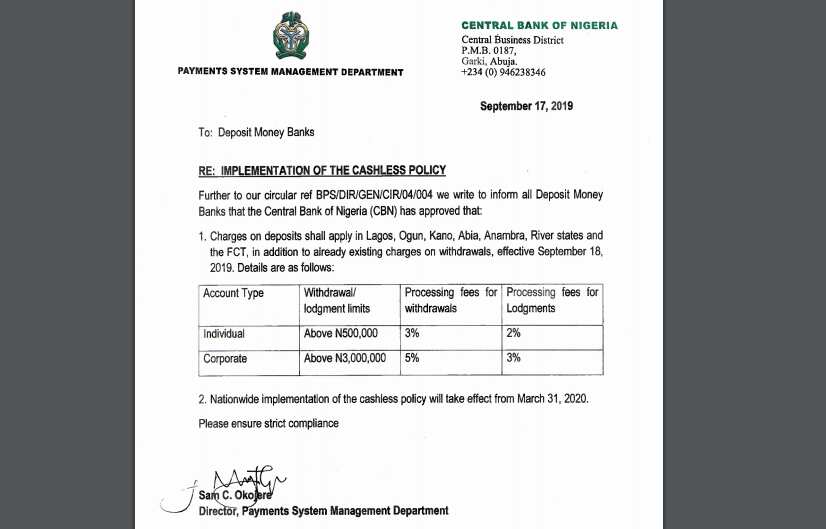